Industry data on the rise and in full recovery

A new phenomenon that has also burst with force in 2019 has been the camper vehicles, customized vans smaller than motorhomes, with an average price of 35,000€ – 45,000€ and that can be used during the day to day as a private vehicle. In the last 10 months, 1,600 of these campers have been sold, about 180 per month.

Also, for the second consecutive year, Spain is the country where caravanning has grown the most, becoming the most demanded holiday leisure offer in contact with nature. 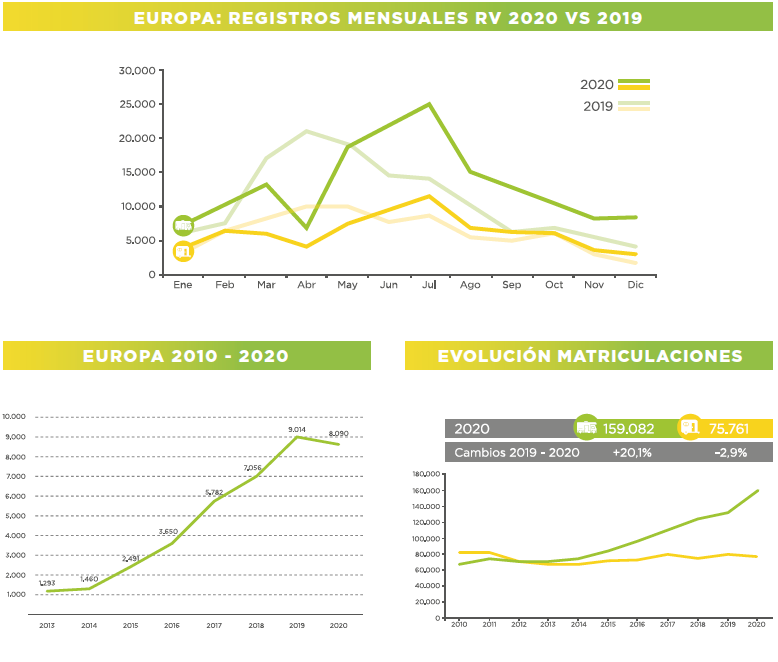